What is a Living Wall?

Living walls are panels of plants, grown vertically – using hydroponics or substrate-based growing media – on structures that are either freestanding or attached to walls.

Because the walls have living plants in them, the larger projects usually feature built-in irrigation systems. But for most DIY green wall systems, just watering them by hand will be enough.

What makes living walls so fascinating to us is just how recently they have been popularised.

Green walls were were first developed by Stanley Hart White, a professor of landscape architecture at the University of Illinois.

In 1938, he created a patent for his ‘vegetation-bearing architectonic structure and system,’ but the invention didn’t really take off. So it stayed as a singular entity in his back garden.

Patrick Blanc – a French botanist who specialised in tropical forest undergrowth – is generally the man credited with popularising green walls.

He worked with an architect (Adrien Fainsilber) and engineer (Peter Rice) to implement the first large indoor green wall or Mur Vegetal in 1986 at the Cité des Sciences et de l’Industrie in Paris.

What does a Green Wall do?

What a green wall does is dependent (partially at least) on:

There are a host of other benefits associated with green walls including:

Used on a building’s exterior, green walls help insulate a building and improve the heating and cooling cycle(s).

By reducing the overall building temperature through solar radiation and preventing warm air from leaving the building, your heating and air conditioning expenditure will reduce.

Plants naturally remove carbon dioxide and produce oxygen-rich air (via photosynthesis), whilst also filtering the air around them by absorbing and cleaning pollutants.

But the benefits of green walls go beyond air quality or insulation. Really one of our favourite proponents of a living wall is the creativity associated with them. You can build something living and completely unique in your own home.

And as a city dweller myself, space is hard to come by. So making use of your walls in more ways than one is something to be immensely proud of.

What are Living Walls made from?

For sheet media systems, the living wall is made of an egg crate-patterned plastic sheet that is typically used for larger projects.

Because of the added depth and texture of the sheet media systems, they are able to hold significantly more water than the mat media system, and can last much longer because the plastic isn’t biodegradable.

Mat media systems are usually composed of thin-coir fibre or felt mats of multiple layers which are best for interior use and with smaller plants.

Because the mats aren’t particularly sturdy, they cannot support larger plants with thicker, longer roots that could potentially rip the mats and compromise their integrity.

Although these mat systems are easy to install, the thinness of the mat makes them unable to hold much water, and therefore they aren’t very water-efficient. However, for smaller installations with smaller plants, they can be a great solution.

How do Living Walls work?

Green walls are constructed much the same way actual walls are. You build a base to work from – a skeletal structure – and hang the plants and flowers from or within modular trays, troughs, trellises or in planters.

But they all work in largely the same way. Of course it depends on your green walls purpose in life – to feed, to improve air quality or thermal performance.

But as the flora and fauna reach maturity the wall’s ‘performance’ improves.

But so much of this relies on you properly caring for your wall. Trimming and weeding when appropriate, watering or ensuring the irrigation system works properly.

Firstly let’s define what a green façade is.

Green facades typically support climbing plants that climb up the face of the wall. A classic interpretation of a green facade would include ivy. While green walls can accommodate a multitude of plant species.

And green facades are always outside. Green walls can feature as internal air purifiers or artistic installations.

And there are two types of green facades:

How long does a Living Wall last?

Typically somewhere between 4 – 6 years. But of course this relies on a number of variables:

You’ll need to replant most plants in that timeframe, but the structure and setup of your green wall should last. 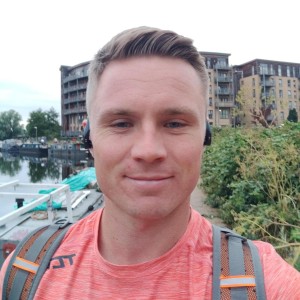 An eco lover with a passion for sustainable design, Harry has years of experience in environmentally friendly content creation. With research and content featuring in The Times, Fox News, The BBC - alongside numerous other eco-outlets - Harry's passion for natural development brought about the Green Roof Guide.
All Posts

Our roundup of the best outdoor hydroponic systems

Our roundup of the best indoor hydroponic systems on the market

Our review of the best indoor vertical planters on the market

A roundup of the best vertical planters on the market.